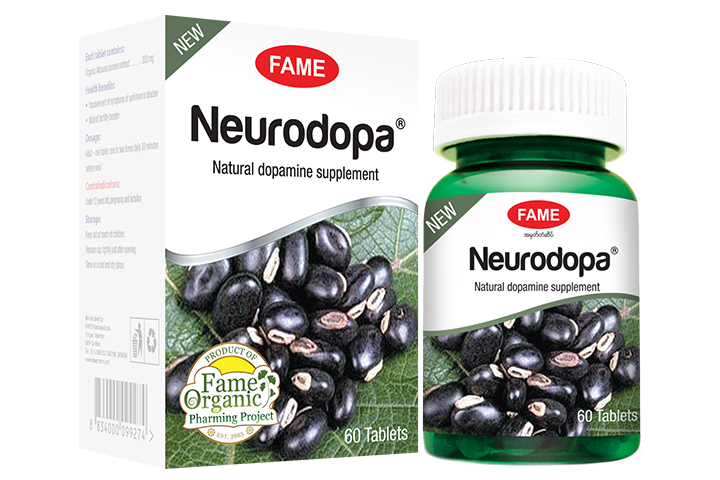 Pharmacological actions:
Anti-parkinsonian activity
The natural source of Levodopa (L-dopa) obtained from the seed of Mucuna pruriens is an important constituent used in Parkinson’s disease. This disease is a progressive neurological disorder caused by a shortage of dopamine. L-dopa helps replenish the brain’s dopamine. L-dopa can cross the blood brain barrier and is converted to dopamine in brain cells. It controls not only the symptoms of Parkinson’s disease and also has neurorestorative benefits on the degenerating dopaminergic neurons in the substantia nigra. They prevent dopamine-producing brain cells from dying because Mucuna pruriens can work as an antioxidant and also as a dopamine provider. Therefore, Mucuna pruriens has been successfully used for Parkinson’s disease in Brazil & India since many centuries.

Dosage:
Adult – one tablet one to two times daily 30 minutes before meal

Side effects:
Nausea, mild headache and pounding heartbeat in some individuals

Caution:
Neurodopa® should be used with medical supervision in human with hypoglycemia and excessive androgen syndromes.