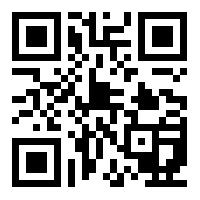 Phytochemistry
Vitamin A is found in two basic forms, retinol and carotenoids. The carotenoids represent the most widespread group of naturally occurring pigments in nature. They are a highly colored (red & yellow) group of fat soluble compounds, composed of hydrocarbons (carotenes) and their oxygenated derivatives. Over 600 carotenoids have been characterized but only about 30-50 are believed to have vitamin A activity. Alpha-carotene, beta-carotene, gamma-carotene and cryptoxanthin are powerful antioxidant nutrients and possess retinal activity. These carotenoids have been termed the most active of the carotenoids due to its higher provitamin A activity. They are converted into vitamin A by the liver. They are found in plant sources such as carrot, sweet potato.

Pharmacological actions:
Carotenoids maintain the health of moist soft tissues such as eyes, mucous membranes, skin and hair. Its roles in promoting good night vision are well known. Carotenoids have substantial effects on the human immune response system. They have been shown to enhance numerous immune processes, including increased antibody response and induction of white blood cells function. Carotenoids improve antioxidant actions in tissues and blood components. Mixed carotenoids protect the skin against the harmful effects of UV radiation.

Benefits:
◆ To promote health of eyes
◆ To nourish the skin
◆ To enhance immune function
◆ To protect from harmful effects of environmental pollution
◆ To reduce incidence of ovarian cysts

Dosage:
2 years and above : one tablet two times daily after meal

Side effect:
High intakes of carotenoids supplements may result in yellowing of the skin.

Caution:
For better stability of carotenoids, use within one month after opening.