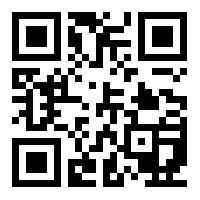 Pharmacological actions:
Effect on Immune System
The Cordyceps extract could increase the number of T-helper cells and the ratio of T-helper and T-suppressor cells in mice. (Chen et al., 1987). Increasing evidence shows that is a bidirectional modulator with both potentiating and suppressive effects on the immune system through regulating innate and adaptive immunity. (Feng. Yang, and Li 2008, Zhou et al. 2009). Cordycepin and beta-glucan compound from Cordyceps extract can improve the anti-tumor immune response by recruiting tumor-killing granulocytes.

Effect on respiratory health
Chinese medicine has characterized Cordyceps as a guardian of respiratory health for more than a thousand of years. That has been shown to inhibit tracheal contractions, especially important in asthma patients, as it allows for increased airflow to the lungs. In addition, its anti-inflammatory properties relieve asthma patients.

Side effects:
Mild gastrointestinal tract discomfort including nausea, dry mouth and stomach discomfort in some individuals.